An app to tase restaurant owners who call appetizers “apps”

SON: I want a monster story.

ME: Sure. This one’s called “The evil co-worker that reheated fish in the microwave.”

Me: I need a doctor’s appointment

Me: No I don’t need that many

friend: what are your plans for The Purge?

me: do a murder

Hey new fish what you in for?
“Killed 4 people during a game of Mario Party”
*everyone backs away slowly*

MAYOR: I now present you a key to the city
ME: So long, suckers!
*hops in city and drives away*
MAYOR: Come back! I need that for work!

The real world does feel a bit like the state of Batman comics right now.

You beat one grinning evil, two more show up, and while you’re fighting them, the first one is resurrected and pretty soon you’re banging the cat lady.

a fate I wish upon no one 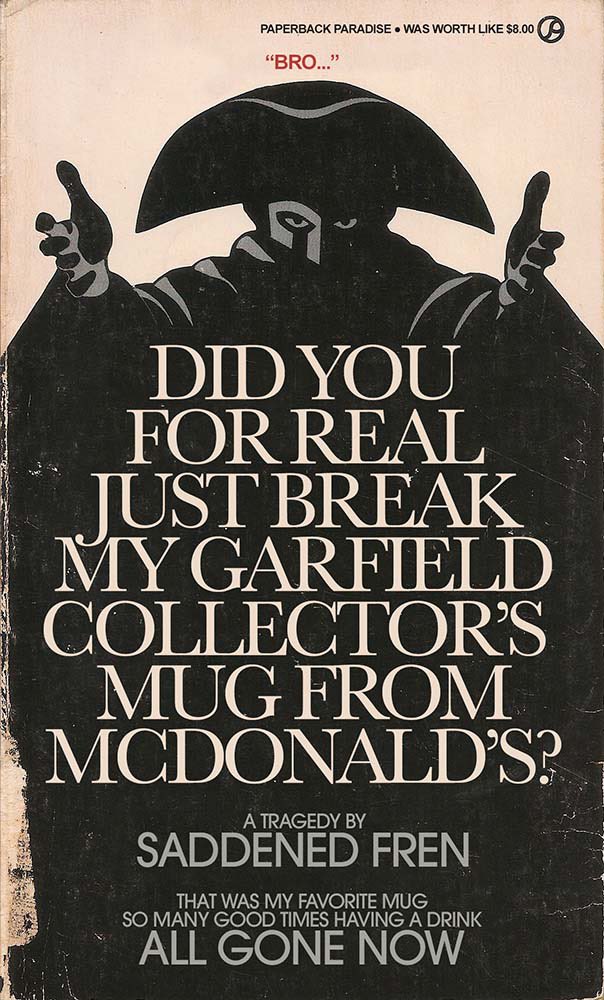 Every time someone calls me an asshole, I stand up like I’m gonna do something about it. Then I just end up stretching while I wink at them.