How many vultures circling you is good luck?

“Two roads diverged in a wood, and I?

I took a nap until I finally heard a car coming.”

Writer: Got this great idea for a movie… “102 Dalmations.”
Walt Disney: That’s way too many dalmations.

Cat: LET ME OUTSIDE RIGHT NOW LET ME OUT RIGHT NOW!
Me: *Staggers out of bed. Opens door*
Cat: *lies down on doormat*: You are dismissed.

Me: Alexa, why can’t I ever get a guy to stick around?

Alexa: *shows a montage of me staring at my phone since 2010.

5 told me she was really sad but didn’t want to say why so I said if she talks about it, it might make her feel better and she said “I’m sad because there’s no caramel cheese” and now we’re both sad

And I see you brought your little sidekick, Parade of Humiliating Moments.

*grammar police reads ransom note*
“Bring the money hear in too days, or she dead”
*grammar cop dies*
“Damn, he had 2 days until retirement”

*through a mouthful of Nutella*

You’ve seen nothing until you’ve seen a picture of a pigeon having a job interview to become a pigeon: 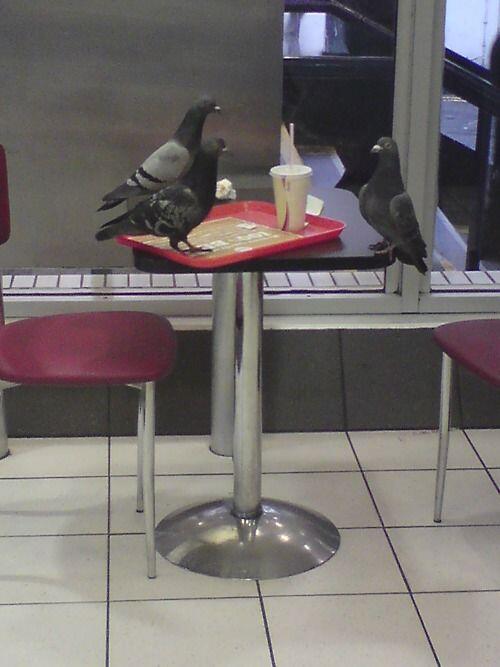