Early morning sibling drama: 4 is upset with 6 because he told 4 everyone in the family featured in his fun dream except her because his dream “was limited to those aged 6+.”

Me: My flight was canceled so I won’t be home until tomorrow.

Her: but you said you were just going out for milk.

[meeting aboard the ISS space station]
Capt: all personnel are-David sit down please
Me trying to open a window cos it’s stuffy: in a minute

Everybody thinks I’m wearing this barrel as some sort of old timey commentary on poverty and capitalism. But really, some dick sorcerer turned my torso into a barrel of gunpowder so I’m headed over to their house with a box of matches to make them regret it.

Girls, if you’re gonna shave your eyebrows off just to draw them on again, at least make them interesting. How about drawing two umbrellas?

My friend showed me how they fixed the water stain on the ceiling in their office. 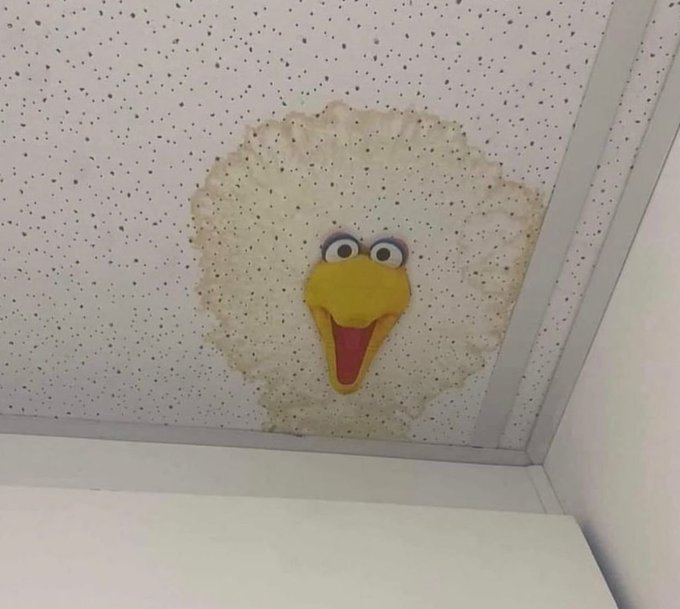 [Restaurant]
Me: I know in your profile it said you were small but I didn[my date falls into her soup]