It would be magical for babies and toddlers to fly with animals. In that part of the plane.

Pastor: For better, for worse?

P: In sickness and in health?

P: Till death do you part?

P: And also she’s going to want some of your fries even if she doesn’t order her own.

You can buy a birthday cake every day if you want to. They don’t even check ID.

{response at rap battle}
Nice try but my Mom isn’t even flexible so it’s impossible that really took place.

[being chased round my house by a murderer]
ME: PLEASE STOP THIS IS SENSELESS

ME: [puts Fitbit on] Ok carry on 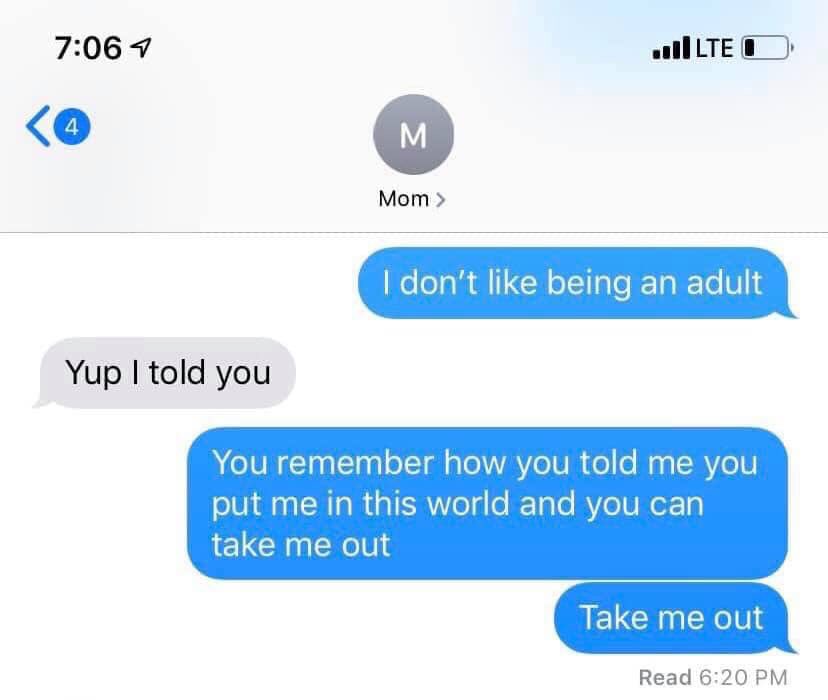 If I were the tooth fairy I wouldn’t leave any cash, just a note that says I’VE TAKEN YOUR TEETH

Fire: I’ve been having a hard time controlling my temper
Water: I’ve been welling up a bit more often too
Earth: I think we all just need to feel more grounded
Wind: Man you guys whine a lot
Surprise: Well I didn’t see that coming

If you want to get someone out of your office, just pull two tampons out of your purse and start air drumming.