*flicks cigarette after a long drag*

Getting a cat is SO much easier. Go outside. Put cat food out. Pet whatever comes to eat it. Best 30 raccoons I’ve ever had. Also rabies.

Still laughing at this stupid meme 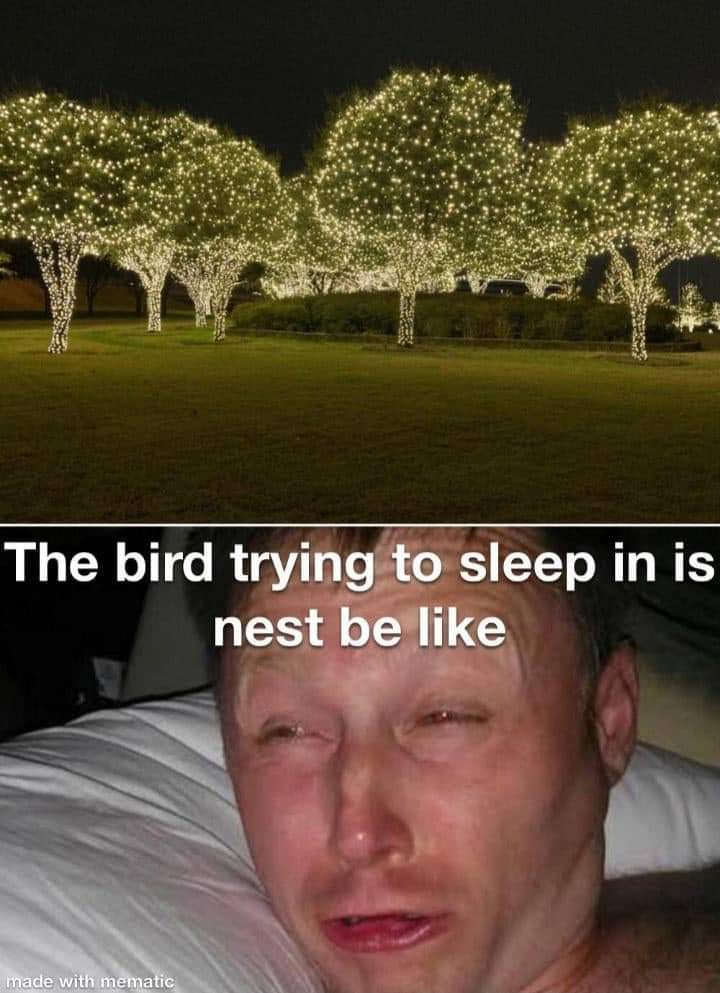 I love friendship errands, where you do a little task with a friend by your side for company, like pick up your prescription or stop at the post office or transport a ring of power to Mordor

I stopped to tie my shoe at the airport and someone reported me as an unattended bag.

Adulthood is like looking both sides before crossing the street and them getting hit by an airplane.