My daughter has decided she now eats dark chocolate, the one treat I never had to hide because I was the only one in the house who liked it.

Moms have an amazing superpower: we can speak at full volume without anyone hearing us.

One nice thing about my kids sleeping so late in the summer is that I save money on breakfast foods because it’s been completely eliminated from their diets.

My kid not only replaced the toilet paper roll but put it on facing the right way, my parenting book is out this fall.

Kid Boss: When you get home, you must take off your shoes and throw them as far away from each other as possible
Kid Trainee: But shouldn’t we keep them togeth—
Kid Boss: SILENCE, FOOL! YOUR GOAL IS FOR THEM TO END UP IN SEPARATE ROOMS

Early this morning a bird was chirping loudly at the same time that my husband was snoring and it was really sort of beautiful how they were pissing me off in harmony.

My 9yo took the time to make this sign rather than just throwing the bag away herself, I’m gonna need a minute 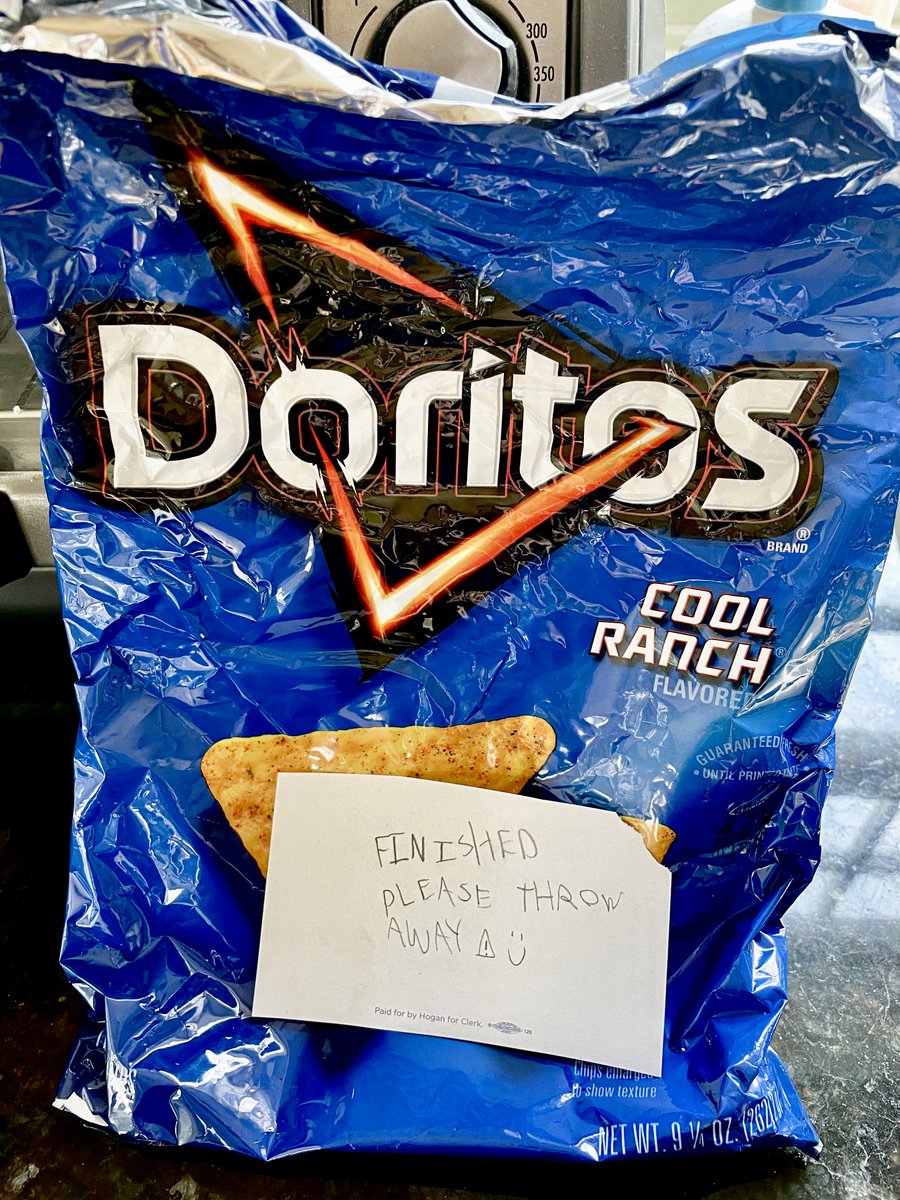 I still close the bathroom door when I’m home alone bc I don’t want the murderer to break in and see me on the toilet.

I gave my 12yo a punishment and she asked if I could pick a different punishment, thereby demonstrating that she does not, in fact, grasp the concept of a punishment.

At first I thought my daughter was sick because she was sluggish and laid on the couch on her phone all day, but then I realized those were just symptoms of day 4 of Christmas break.